by Melissa Canvos October 30, 2017
Client story, Commercial, Richmond 0
Richmond’s commercial properties might go through a few different owners during a property’s lifetime, the advantage of having a local title company like ours around is that we get to know different properties very well. In the case of this specific building, we’ve done the title work for it twice of the three times it has changed owners. We make it easy for these types of sales to happen.
You can find the original article on the RichmondBizSense website. (Full Article Below) 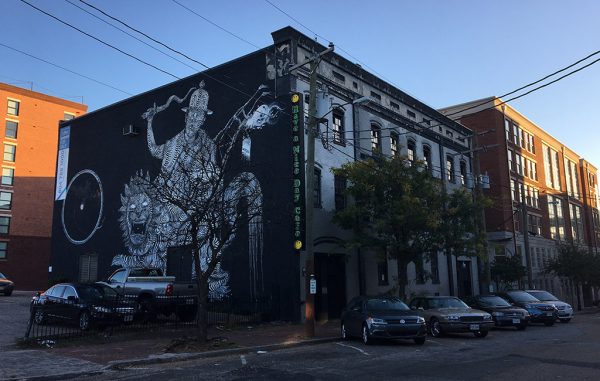 For the third time in less than three years, a notorious Shockoe Bottom building has a new owner.

The former Flood Zone/Have a Nice Day Café building at 11 S. 18th St. was acquired last week by a group consisting of Duke Dodson, Ross Fisher and Rob Lanphear. The trio, through an LLC, paid $669,500.

“We’re bullish on the Shockoe area,” said Dodson, who owns Dodson Property Management and brokerage firm Dodson Commercial, among other development ventures. “I think Shockoe is going through a mini-boom.”

The seller was an entity tied to local real estate firm Capital Square 1031, which bought the 13,000-square-foot property in June 2015 for $655,000. The company had planned to redevelop the former night club into modern office space for its new headquarters, but killed that idea in favor of staying put and renovating its home in Innsbrook.

Where Capital Square planned offices for the entire building, Dodson said his group is planning for 2,000 square feet of office space on the building’s first floor and 13 apartments spread throughout the rest.

The apartments would include 11 one-bedroom and two 2-bedroom units, with three on the first floor and five each on the second and third floors.

The office space is already spoken for, as Dodson said it will become the new home of Dodson Commercial. The brokerage will handle management of the building’s apartments.

Fisher, who runs Dodson Commercial, Lanphear of Pivot Development and Dodson each own a third of the property.

Dodson, whose other deals have included buildings downtown and in Scott’s Addition, said it’s his first development venture in the Bottom.

Newman said the deal is part of the continued recent interest in the neighborhood fueled by the redevelopment of the nearby Main Street Station and 17th Street Farmers’ Market.

“I think there’s a lot of excitement and momentum in Shockoe Bottom,” Newman said. “There are people circling, looking for deals. It’s a continued belief of what the future of the Bottom is going to look like with the redevelopment of the Main Street Station and the farmers’ market.”

That momentum has increased in the last few months with a string of deals from local and out-of-town investors.

The Flood Zone building is eligible for historic tax credits. Dodson said they have Mimi Sadler of Sadler & Whitehead helping with that process.

UrbanCore, with whom Dodson partnered on a deal on the Boulevard, is the general contractor for the 18th Street project. Fultz & Singh is the architect and Xenith Bank is helping with financing.

The building will be renamed the Cooper Lofts, a throwback to the building’s past as a cooperage, where barrels were made.

Dodson said they toyed with other names, including, half-jokingly, Have a Nice Day Lofts.

“I wanted something that paid homage to its nightclub days, but none of them had the right ring to them,” he said.