Home > Uncategorized > Why companies are flocking to Richmond

Why companies are flocking to Richmond 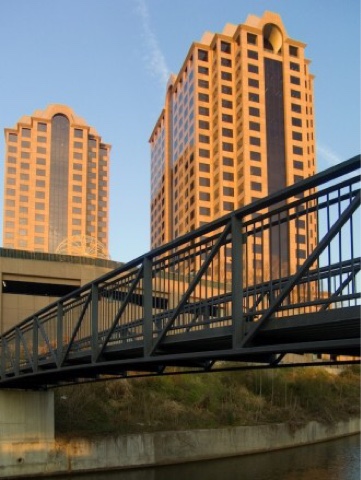 Not only are companies like Owens & Minor choosing to expand their existing presence in the market, but the metro area is drawing new tenants who are relocating from other major cities or opening new operations in Richmond.

So why are these companies coming to Richmond?

That was the subject of a market research report released this week by Cushman & Wakefield | Thalhimer. The real estate firm concludes that a wealth of millennial talent, a lower cost of doing business compared to other metro areas and lower rental rates are among the drivers.

The report notes that Richmond has access to plenty of millennial talent because it’s home to several universities including Virginia Union University, Virginia Commonwealth University and the University of Richmond. In addition, there are schools not too far away, such as Virginia Tech, the University of Virginia, the College of William and Mary, Christopher Newport University, Old Dominion, and James Madison that help provide a pool of educated young employees in Richmond.
Helping the millennial population are rental rates that Thalhimer says are substantially lower than nearby metros. Both CoStar and ICMA-RC have an existing presence in D.C. where a one-bedroom apartment can rent for as much as $2,221 compared to Richmond’s rate of $972.

On the business side, the city’s sales and use taxes are not only low compared to nearby competitive metros, but, according to the report, are the fifth lowest in the nation at 5.3 percent.

According to Thalhimer, Forbes magazine recently ranked the cost of doing business in Richmond as 109th lowest in the nation, better than Nashville, Baltimore, & D.C., which came in at Nos. 115, 176, and 195 respectively.

Newcomers and expansions in the office marketplace have led to more than 1,400 new jobs since the beginning of 2016. The CoStar expansion is expected to contribute more than 700 new jobs, Owens & Minor downtown expansion will bring 300 jobs and ICMA-RC, 200 jobs.

Along with the jobs come capital investment. Owens & Minor plans to invest $15 million in a new Client Engagement Center at Riverfront Plaza, CoStar is investing more than $70 million and ICMA-RC plans to spend over $10 million.

The report notes that eight Fortune 500 companies are currently located in the Richmond area. With so much going for it, including light traffic congestion compared with other metros, the report concludes that Richmond “is growing into one of the major destinations for companies both large and small in the mid-Atlantic and the Southeast.’’

Why Do You Need Title Insurance?

RVA on the Move: The Transit Future